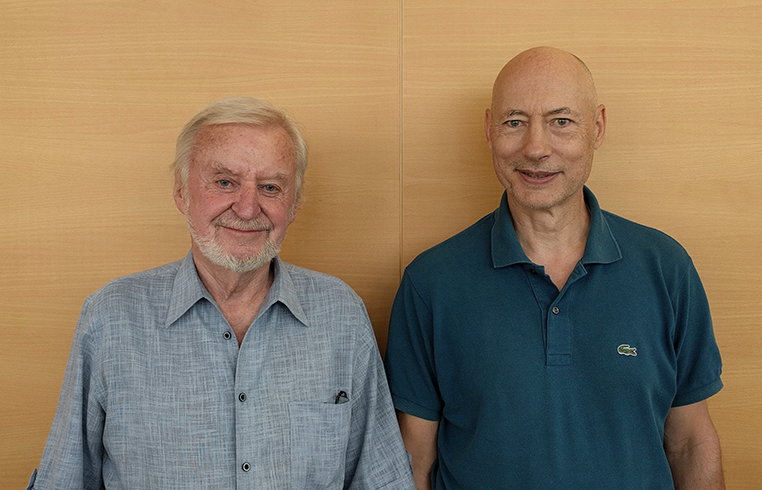 In conversations about the latest technological developments, I suddenly knew: Now the time is ripe to make the results of our work available to instrument makers as a modern “computer tool” and thus make them useful in practice. From this magical moment on, this thought never left my mind. | GW

Born in 1948, he studied horn at the University of Music and Performing Arts Vienna and electrical engineering at the Vienna University of Technology. From 1971 – 2007 he was a member of the orchestra of the Vienna Volksoper. In 1980 he got the chance to establish an institute for Musical Acoustics (Viennese sound style).
In 1982 he developed a measuring setup for input impedance measurement on brass instruments on an analog basis. This was followed in 1988 by a hybrid version in which the analog data was read into a computer using a data acquisition card. In 1989, the great interest shown by instrument makers in a system for objective quality assessment motivated him to develop a system that could also be operated by laymen. The idea for BIAS was born. It took a few more years before it became a contemporary, widely applicable tool for instrument making, but in 1993 the first production-ready system was delivered. Since then, the software has been continuously optimized in more than XX updates and is now a standard in the diagnosis and therapy of musical instruments.
If you would like to learn more about Gregor Widholm and his motivation as a researcher and musician, click here .

Born in 1957, studied electrical engineering at the Vienna University of Technology and during this time also successfully completed his diploma studies in jazz bass at the Music and Art Private University of the City of Vienna. Holder of 21 international patents and creator of the “Optimizer” and the “VIAS Software”.
In 1997 he became part of the research and development team at the University of Music and Performing Arts Vienna, which would later found ARTIM GmbH as a university spin-off. Previously involved in the development of CMOS circuits for telecommunications, he brought his expertise in computer optimization of filter characteristics to the BIAS project. Soon after, the first version of the optimization program for brass instruments was available, in which one could specify desired quality parameters and receive exact instructions for building a new instrument or making necessary adjustments to an existing one.
The VIAS software was designed as a tool for scientific research on wind instruments and later on string instruments. It uses partly the same hardware as the BIAS software, but is aimed at more technical users with a more scientific approach.